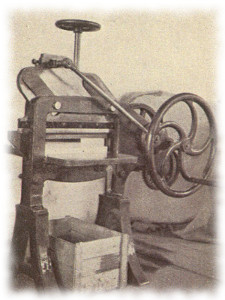 The Pozzoni Group, leader in the graphic arts in Italy and one of the first all over Europe, is born on 20th August 1913 as “F.lli Pozzoni”.
This small firm was founded in Brivio (Lecco) by two brothers, Pietro and Luigi: it was a family-run business that produced and sold stationary products.
In 1948 Piero Pozzoni, Luigi’s son and Pietro’s nephew, forced to quit university due to his father’s death, takes charge of the family’s typography, that in the meanwhile is settled in Cisano Bergamasco.
Piero faces with courage and intelligence the difficult historical moment after the Second World War: thanks to his peculiar commercial skills, he realizes the great economic opportunity represented by the continuous form and he first “conquers” the regional market and then the national one.
His commercial and business talent made him decide to dedicate a section of the firm to security printing products and he installs the first Intaglio Machine; moreover he reinforced the commercial printing market in colours. In 1972 the Cisano site (still considered the “heart” of the Pozzoni Group) numbers 550 employees.

THE HISTORIC GRUPPO POZZONI: THE SEVENTIES, EIGHTIES AND NINETIES 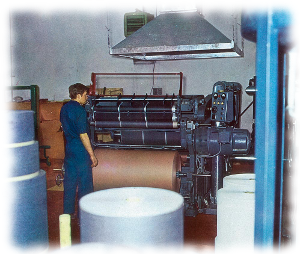 At the beginning of the ’70s Piero decides to “spread” the Pozzoni Group presence all over Italy by buying and creating new companies.
This leads to the birth of Elcograf S.p.A. in Beverate di Brivio (LC), dedicated to the web-offset and sheet-fed offset printing, soon become leader in Europe in the field of magazines, Italcard dedicated to the listing paper and Esa, in southern Italy, dedicated to small quantities of continuous form products. He also acquires the “Istituto Italiano di Arti Grafiche” in Padova and the “Meini” in Monteriggioni, Tuscany.
In 1974 the Pozzoni Group proves himself to be at the first place in the Italian graphic field with more than 700 employees.
In the ’80s, with the aim to diversify the production, Piero opens Pozzoni Direct Marketing (a direct marketing society for charity and fund raising), Adda Officine Grafiche (completely dedicated to the pre-press) and Datamill (dedicated to selling the first PCs). He also buys other important societies like Modulo 6 in Modena, Modulo Estense in Ferrara and Zordan Group in Vicenza.

THE POZZONI GROUP AT THE BEGINNING OF YEAR 2000 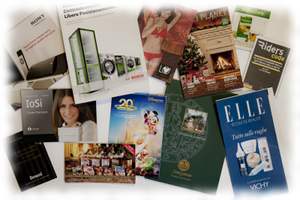 In year 2000 Pozzoni reaches 1.000 employees thanks to the opening of other sites of production in Madone and Filago (both in the region of Bergamo), the first dedicated to web-offset and the second to sheet-fed offset production and, last but not least, the opening of the site in Brendola (Vicenza), a firm whose production mostly concerns self-adhesive labels.
Rotocalcografica Italiana, belonging to Rusconi-Hachette, becomes part of the Group in 2001 and this acquisition marks the start of a partnership with one of the most important publishers in Europe and permits to include the gravure technology in the potentialities of the Group.
In spite of the impending economical crisis in November 2008 Piero decides to purchase the 80% of Mondadori Printing, a society belonging to Arnoldo Mondadori Editore.
As a consequence Pozzoni becomes the first Italian printer and the third in Europe with more than 2.000 employees: this makes Piero very proud of his company.
In 2009 Piero is named “Cavaliere del Lavoro” from Giorgio Napolitano.
Piero Pozzoni dies in November 2010 leaving a solid, modern, industrial group and above all an indisputable heritage.

THE POZZONI GROUP TODAY: THE STREET OF THE FUTURE 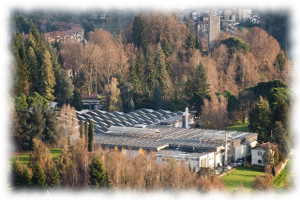 The development of the group continues also after the death of Piero Pozzoni in 2010.
Indeed at the beginning of 2012 Pozzoni buys the remaining 20% of Mondadori Printing S.p.A., ending the acquisition started in 2008. At almost the same time, in April 2012 Pozzoni begins a process of organizational optimization, based on the specificity of each production site, specialized on a specific product.
This strategy leads to the incorporation of Mondadori Printing with 3 production sites belonging to the Pozzoni Group: Pozzo d’Adda (MI), Madone (BG) and Beverate di Brivio (LC). It is a fusion between two historic and cultural realities, who played a key role in the evolution of the printing sector.
This union gives birth the new Elcograf S.p.A. on 1st January 2013: more than 1.100 employees, 6 sites in Italy with a wide range of printing machines and techniques, from rotogravure press (10 gravure press) to roto-offset (13 offset press) and from flexography (3 press machines) to sheet-fed offset (11 machines).
Elcograf S.p.A. offers a wide range of products: from magazines of the most important Italian publishers, to the big Italian and European catalogues, from illustrated books to the classical ones.
The vitality of the Group not only concerns periodicals, magazines, books and catalogues, but also changes in the factory’s structure. From 1st January 2013 P-IVAG S.p.A. (specialised on labels production) is part of Pozzoni S.p.A.. The historic site of Cisano Bergamasco (head-office of the group) will mostly deal with continuous form, security printing (indisputable leader in this market), sheet-fed offset (Filago) and transactional printing (Beverate).
With the recent purchase of Capriolo Venturini in San Martino in Rio (Reggio Emilia) in May 2012 and of PDM in 2016, Pozzoni Spa counts 5 factories with a workforce of 500 units.
Last but not least, the ADDA OFFICINE GRAFICHE S.p.A., first company in Italy in the photolithography sector, with a team of 60 employees.
However the richness and strength of the Group is the result of the passion of its workers, who share everyday love for everything that belongs to the printing field: a product that will never die, because it is history, culture and passion!